Archive for the tag “abandonment”

New: Why behind the Artist

Most of my writing and speaking has been on the topic of abandonment.

As a teenager, my father left us on Father’s Day weekend. Overnight our world was shattered. I’ve experienced much abandonment since then. Grandparents and friends dying, broken relationships, extended family walking away and even abandoning myself at different times.

I creatively write to remind people of the truth.

Truth is, we all have an engaging, worthy story.

We would all do well, to remember that our story began long before we were abandoned.

Are you ever mired so deep that you can’t remember what life was like before you experienced abandonment?  It’s easy to do.

What would your life look like if it wasn’t defined by abandonment?

New: Why I Create 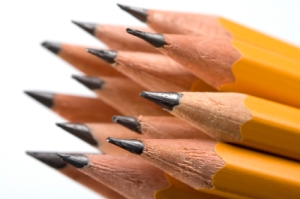 I just returned from three weeks by the sea. Three weeks of relaxing like I haven’t since I was a child. Three weeks of minimal technology. It wasn’t announced or predicted. It just happened.

Sometimes in the path of social media, my thoughts are contained in a straight and narrow box. I have to busy my mind with trending topics, garnering invites to Google, forcing this square peg into new “circles” and keeping my thoughts to 140 characters. Unless I want others to share my thoughts, then I have to somehow keep them to 125 characters.

But a funny thing happens when your face isn’t updated every half hour in an electronic book and when you listen for live birds tweeting as they freely fly by.

Other thoughts have their way, and they simply come.

I’ve thought a lot about why I create, namely why I write. So I’m doing a series on the why behind the artist.

I write so people will abandon cultural beliefs, which carves out an honest space for simple truth and good living.

Why do you do what you do? 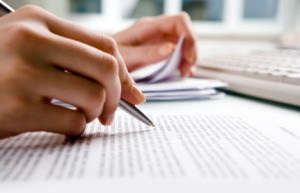 In writing, as in anything worth doing, it's important that we know why we're doing it.

I write, so no one feels abandoned. Going a little deeper, I write about the struggles of living, never wanting to minimize, but to give a powerful voice to it.

Deciding and naming why you write, gives you a roadmap, direction and purpose.

To answer a calling

Why do you write? 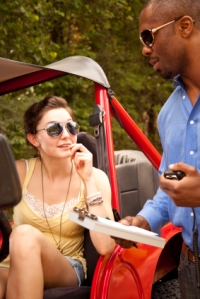 As we drove over the hill, I thought we would lift off, I was flying for a second. Singing with my son to some old school 90's country, Alan Jackson has never sounded better.

And then I saw him. With the radar gun pointed right at me.

I looked down and was stunned to see that I was driving over 90 mph.

"Keegan, I'm going so fast that I could go to jail," I said to my 17- year- old driving son. "Get out the registration."

The Officer pulled out right away, and yet he stayed back at least 8 car lengths, with his lights flashing.

Maybe he's not really after me.

So I didn't pull over. Big mistake.

After a half mile, I pulled over just to see if he would pass. No such luck. He says he clocked me going 88 in a 65.

He went through the usual formalities; asking where we were going, who was playing baseball, what kind of league it was, if I had any weapons and then to step out of the car.

As I walked around to the side, he said, '"You do know I could arrest you right now don't you?"

"Yes," I said as my knees knocked together so hard he had to have heard it.

"Is there a reason you didn't pull over sooner? You really confused me," he said. "Is it because I was so far back?"

"That is exactly why," I answered. I confused him?

"What do you do back in Scottsdale?"

"Wow, have you been published? What do you write?"

"Yes, and I write about abandonment, marriage and parenting."

Did you know there is a high incidence of mother primates who abandon their young? It's fascinating and I don't think I've ever pulled over a writer before," he grinned.

No smile came to my face, I didn't feel like we were friends.

He confirmed that when he wrote me a hefty ticket for criminal speeding, told me to slow down and wished me great luck with my writing.

During the festivities, our middle son was watching a DVD in the back seat. Ever since he was little, he has said "Go Big or Go Large." That was my first ticket ever, so I'm thinking he's pretty proud that I went extra large.

Skip ahead a few days and today is the first day of NaNoWriMo. 50,000 words in 30 days. I'm planning for lift- off around week three. Nobody's stopping me this time for speeding and crossing the finish like a NASCAR winner.

All my fellow wrimos: you too, need to go big or go large. You're most likely already home!

For NaNo support and inspiration, check out the blogs below:

So as I was researching this post, I came across an article on why users abandon shopping carts. Excited, I clicked on it. As pictures of upside down shiny metal carts behind Safeway and other carts abandoned in strange places filled my head, I really wanted to know the psychology behind a shopping cart abandoner. Are they people who get a thrill off stealing the cart but then cannot get it up their apartment stairs? Do they not have room for it in their home? Do people drive the cart way out in the desert,dump it in a dried riverbed and see how long it takes to find it's way back to the store? Is it latchkey children with nothing better to do but shove the cart into traffic and run?

Well, it wasn't those kind of shopping carts. Apparently I'm not as tech minded as I thought, as the article referred to electronic shopping carts. People abandon those for all the reasons you might imagine, hidden charges, complicated sign up or sign out, slow internet connection,etc.

All of those reasons though, focus on the other person, who we cannot change. God created each of us as unique individuals and we are the only ones who can change.

Today is a good day to take a relational inventory. Ask yourself if you appear impatient, unavailable or non- accepting.

If you are, what could you be doing differently to start living with intention and abandon?